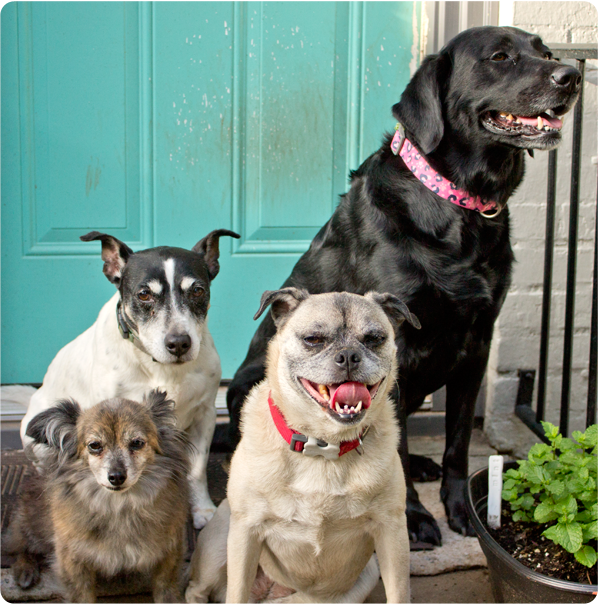 Last week I mentioned that a stray dog had appeared at my house. I’ve been searching for her family ever since. She did not have a collar/tags or microchip. I posted her photo on my neighborhood (and surrounding neighborhoods) message board, Craigslist, and contacted the OKC animal shelter. I can’t understand why, but nobody seemed to be looking for her. After a day or two of that, I contacted a Lab rescue and posted her photo on Facebook trying to find her a home. When I didn’t hear from anybody for several days, I began to think about keeping her. My other dogs accepted her into the pack and she was quickly becoming a member of the family. I told myself that if I hadn’t heard from anybody by Monday, I would make her a vet appointment; as long as she was healthy, I would keep her. Well, I took her to the vet yesterday and he gave her a clean bill of health.

I have been calling her Charlotte.  She is incredibly mellow. She rarely barks, and when she does it’s because there’s something to bark at. She’s been amazingly patient with my other dogs and has shown no interest in eating my parrot. She’s conquered her fear of stairs and learned the sit command (mostly). She loves to go for walks and runs. She has such a great temperament, I’m looking forward to taking her to the dog park (something I’ve always been scared to try with my other dogs). I also think she might make a good therapy dog.

I realize that this isn’t a decision that makes a lot of, if any, sense; but it feels right. I wonder if maybe we should quit trying to make sense of everything and choose to take a few risks. After all some of my happiest moments have been doing things that don’t necessarily make sense. Only time will tell if it’s the right decision, but I’m sure we will have some great adventures along the way.